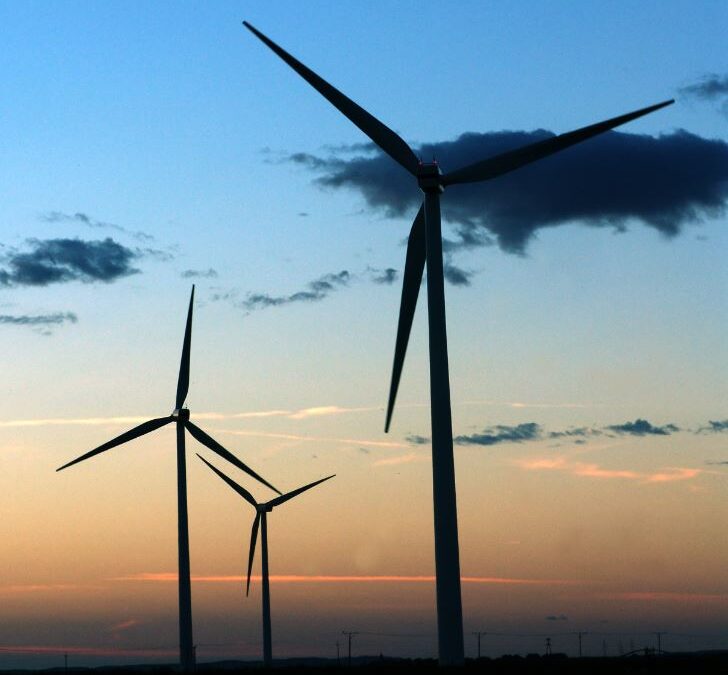 Recent months have brought a rash of information on plans to build more wind farms in Polish Baltic waters. This is not only a result of the implementation of the European Green Deal, but also of Russia’s invasion of Ukraine and a radical shift in energy production. More and more investors see the potential. In the second phase of the process of granting licenses for wind farms in the Polish economic zone, which ended in April this year, the Ministry of Infrastructure received as many as 125 applications. In addition to Orlen and PGE, applications were also submitted by a number of foreign corporations, such as Germany’s RWE Renewables, Scotland’s SSE Renewables in partnership with Spain’s Acciona Energia, and France’s TotalEnergies in partnership with KGHM.

– The Baltic Sea has everything that makes it an excellent place to install offshore wind farms. It is estimated that the total achievable capacity of offshore wind power in the Baltic Sea is 90 GW – Simon Redfern, Bid Director at SSE Renewables, tells “Namiary na Morze i Handel”.

Among those interested, however, are not only typical energy companies and offshore wind developers, but also investment funds, industrial or maritime sector companies, and even pension funds.

– Today, energy independence is key, and wind is still free. We are at the beginning of the global energy transformation. The winner will be the one who is not afraid to invest – states Artur Ambrożewicz, president of Vulcan Training & Consultancy from Szczecin, a training center that trains offshore wind workers.

The attractiveness of the Baltic is determined by favorable geographic conditions, especially the almost constant winds of relatively high strength. According to a study published in 2018 in the monthly magazine Energy Policy, the breeze strength in the Polish economic zone of the Baltic varies between 8.5 and 9 m/s at an altitude of 100 meters. These are excellent conditions for the operation of offshore turbines, especially since plants are not threatened by strong storms, which are rare in this body of water. As Finn Gunnar Nielsen, a professor at the University of Bergen and co-developer of the world’s first floating wind turbine points out, the existence of large areas with shallow depths and favorable bottom conditions is also an important factor, along with the growing demand around the Baltic for energy.

Until recently, the world leader in offshore wind remained the UK, dethroned by China only in 2021. The Baltic pioneer in offshore wind power is Denmark, which not only has an economic zone 3 times larger than Poland’s territory-wise, but above all a well-developed sector of technology suppliers, strong know-how and established supply chains. However, the long Baltic coastline gives Poland a chance to catch up with the leaders.

This is determined not only by geographic conditions, but also by the low risk associated with an investment in the waters of one of the European Union member states, despite the difficulties associated with the non-adjustment of local regulations. Hence the large number of applications for a license in Poland. According to Niels-Erik Clausen, professor at the Department of Wind and Energy Systems at the Danish University of Technology (DTU) in Copenhagen, entering the Polish offshore wind market could be a good idea for third-party companies to diversify their revenues.

According to European Commission forecasts, by 2050, 28 GW of turbines will be erected in Polish Baltic waters alone. So far, the Polish government has designated sites for the construction of a potential of about 10 GW, but not a single turbine has yet been erected. Perhaps Poland’s lagging behind Denmark will pay off, as more powerful farms will be installed.

The first wind farm in the Polish economic zone is scheduled to start in 2026 and PKN Orlen will build it. Installing more turbines will take years and could be a huge opportunity for small fishing ports and their hinterland. Although the installation port for Orlen’s and PGE’s investments is ultimately to become Gdansk, which surely can’t complain about traffic, the service port for Orlen and Norway’s Equinor, for example, will already be the much smaller Łeba. OceanWinds, in turn, has chosen the port of Władysławowo as its service port. Opportunity is also opening up for such ports as Ustka, Darłowo and Kołobrzeg. Experts call for the greatest possible local content in the planned investments, i.e. the participation of companies operating on the Polish coast.

However, there is a danger of missing out on development opportunities due to the slow decision-making process and legal and administrative barriers. The real test will be the launch of the first projects.

– We need to seize this opportunity and do our best to have the largest possible share of the first phase 5.9 GW projects. Let’s learn, and with the next handouts increase our share – believes A. Ambrożewicz.

It is necessary not only to make the right administrative decisions, but also to invest in personnel training, build a supply and servicing chain, develop transmission infrastructure, as well as specific regulations. According to experts, offshore wind energy is slowly becoming such a mature industry that all it needs is the absence of obstacles for it to develop.

– But this is not facilitated by unclear and incomplete regulations, or by changing them in the course of the game. We are experiencing this, for example, in the context of discussions about changes in the construction law related to construction permits for offshore wind farms, or adjudication proceedings for issuing decisions for new projects – says Łukasz Sikorski of the Center for Offshore Wind Energy at Gdynia Maritime University, a lecturer at MBA programs related to offshore wind management.