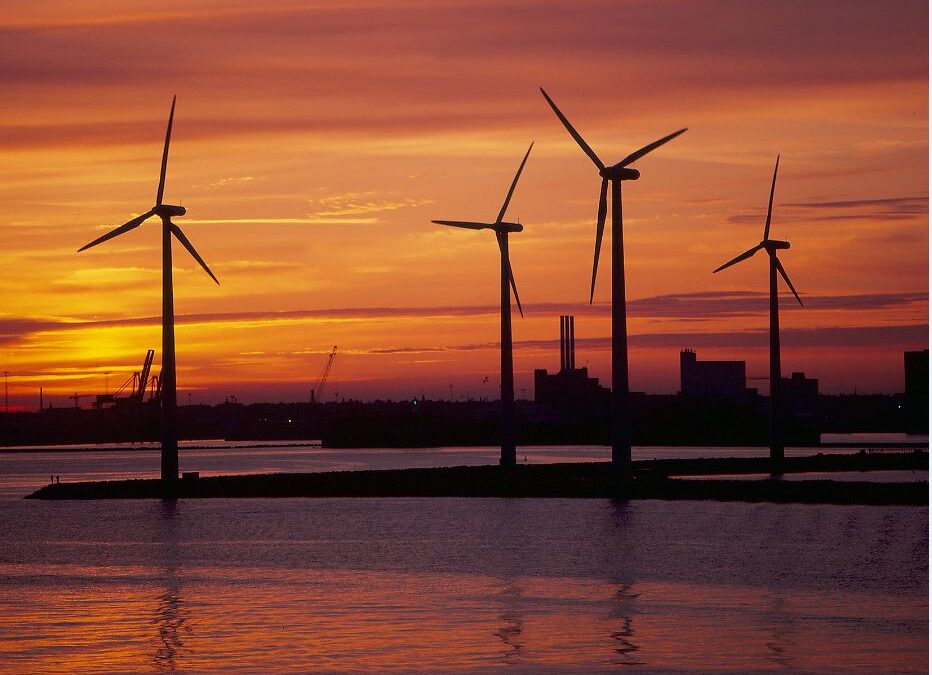 The energy transformation is an opportunity for the Polish economy threatened by an unprecedented increase in the price of conventional energy resources, among others. For the production of low-cost, emission-free energy to be possible in Poland, maritime universities, in consultation with business, must educate tens of thousands of specialists over the next few years. Representatives of Polish academic centers argue that domestic universities will be able to meet such a challenge.

The emerging Polish offshore industry is expected to supply about 20-30 thousand specialists by 2030, and about 40-60 thousand more workers in the next decade. Such figures appear in the tasks identified for implementation to the Offshore Wind Energy Coordinating Council under the Ministry of Climate and Environment. The sectoral agreement requires that at least 60% of the cadres in the design and operation teams be employees recruited right here in our country.

– A very receptive market is opening up before Polish maritime universities. For more than a decade, we have been teaching a specialization in Offshore Technology as part of the Navigation course in the second-degree program. So far, the program of these classes has been mainly focused on offshore issues related to gas and oil production on offshore oil platforms. Currently, the scope of topics is gradually being supplemented with offshore wind energy (OWE). The immediate future of developed economies is intensified exploitation of marine resources. Maritime universities are therefore a natural partner for the industry, as the task of preparing personnel rests on them – states Dr. Sambor Guze, Vice-Rector for Education at the Maritime University of Gdynia.

To this end, UMG has launched an Executive Offshore MBA program. The 2nd edition of the classes, implemented together with partners from Bremerhaven and Ejsberg is starting October 2022. It is there that the first centers focused on the creation and improvement of managerial staff for the OWE were opened. For the past year, together with academic staff from the Gdansk University of Technology, UMG has also been working on a program for a second-degree course in Offshore Wind Energy, so that the course will appear in the educational offerings of both universities.

– The common denominator is achieving a just energy transformation. This is the basis of our study program, which is an offering in the field of OWE complementary to other universities in the region. Among the tutors at our MEW postgraduate programs are lecturers from UG and experts from public administration and the private offshore sector. By combining theory and practice, we can equip our students with the right key competencies – says Prof. Pyć.

Among the Pomeranian universities convinced of the future role of OWE in shaping the Polish energy mix is also the Gdansk University of Technology. The university is successively developing a network of cooperation with companies operating in the offshore market in Europe. This provides an opportunity to engage experts who can share practical knowledge with students. And this is one of the assumptions of the studies launched at the Gdansk University of Technology, under the auspices of the Polish Offshore Wind Energy Association, Equinor and Polenergia, General Electric and PKN Orlen. In addition, representatives from companies such as Siemens, GE, Vestas, and Hitachi Energy are also teaching.

– Preparations for the development of a postgraduate program in Offshore Wind Energy began in early 2019 at the then Faculty of Ocean Engineering and Shipbuilding. On issues related to the offshore industry itself, we drew on the rich achievements of the PTMEW, whose authorities contributed to the development of a program that takes into account the complexity of the entire offshore design process: from the idea, through location, bottom surveys taking into account issues related to the specifics of the marine environment, the design of the support structure, the installation process, power grids, operation and maintenance of the entire project, ending with economic analysis – says Wojciech Olszewski, deputy head of the Offshore Wind Energy postgraduate program at Gdansk University of Technology.

The growing offshore wind energy market in Poland will need not only managers, but also workers employed by supply chain companies or offshore wind farm developers. This is why companies serving the offshore sector are also investing in high school education today.