Dr in European History, Europeanist, European Union expert (member of Team Europe), president of the Center for International Relations (www.csm.org.pl) and publisher of the quarterly "THINKTANK"

Doctor of Humanities, specializes in international relations (with particular emphasis on the European Union) and communication in public institutions.
A graduate of the University of Warsaw (Italian studies), the Paris Sorbonne (history and political science) and the PWST (cultural history), she completed two doctoral studies - in Poland (PAN) and abroad. She also completed specialist studies at the School of International and Public Affairs (SIPA) of Columbia University in New York under the Fulbright scholarship. In the years 1995–1998 she worked as an editor at TVP, from 1998 she managed the European Information Center in the Office of the Committee for European Integration.
She prepared and implemented the government Program of Informing the Society about Poland's integration with the EU, she created a network of Regional European Information Centers. In the years 2001-2008 she was an expert of the European Commission and the head of the Information and Communication Program of the European Commission in Poland and then in Bulgaria. Since 1997, he has conducted teaching and research activities, and is an academic lecturer and government advisor. Author of over 80 publications and several books, she has promoted over 100 bachelor's, master's and graduate students.

Ambassador of the Kingdom of Norway in Poland 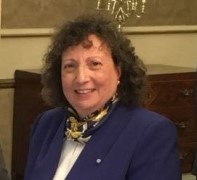 Ambassador of the Republic of Malta in Poland

Dr Marisa Farrugia has been the Ambassador of the Republic of Malta in the Republic of Poland since October 2021.
Previously, she was Deputy Secretary General of the Union for the Mediterranean in Barcelona and was responsible for social and civil affairs from September 2019 to August 2021.
Dr. Farrugia was appointed Special Envoy to the Union for the Mediterranean by the Ministry of Foreign Affairs of Malta and held this position from July 2017 to August 2019. As Special Envoy, she was responsible for global issues and other sectors, mainly 5+ 5 Dialogue and Tourism.
Prior to her secondment to Barcelona, she was Head of the MENA Region Unit at the Ministry of Foreign and European Affairs, and then Deputy Director of the Directorate for External Relations and Mediterranean Affairs from 2014 to mid-2017.
In 2012, she was delegated to the Embassy of Malta in Tripoli. In the early 1980s, she worked at the Foreign Office as a Junior Desk Officer for countries in various regions.
In her career, Dr. Farrugia has also been Director of Education at the Directorate of Curriculum Management at the Ministry of Education and has been a visiting lecturer at the University of Malta at the Faculty of Arts and the Mediterranean Institute for over sixteen years.
Marisa Farrugia holds a PhD. Arabic and Middle Eastern Studies at the University of Leeds, a Master's Degree from the University of Toronto in Canada, specializing in International Relations and Socio-Political Aspects of the Arab World, and a Bachelor's Degree in Education from the University of Malta. Among her publications are two monographs: one in Maltese on the history of Maltese alphabets. The book is called L-Istorja tal-Alfabett Malti, No. 62, Kullana Kulturali Series, Malta, 2004; and The Fate of Women in Egyptian Cinema (1940-1960), University of Leeds, UK, 2002.

Immediately before arriving in Warsaw as Her Majesty’s Ambassador to Poland, held the following Foreign and Commonwealth Office (FCO) positions: in 2012-2014 Director Protocol and in 2015-2017 Director Economic Diplomacy.

She was appointed the British Ambassador to Poland in September 2020. 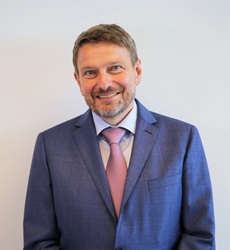 Ambassadorof the Kingdom of Denmark to Poland.


Ambassadorof the Kingdom of Denmark to Poland. Diplomat and government administration workerspecializing in European Affairs. Completed his master’s in law at the University of Copenhagen. Since 1994 associated with the Ministry of Foreign Affairshe held positions in the Middle East and Northern Africa Department, the European Policy Department and as Head of the Executive Secretariat. In 2001, hebecame the European policy advisor at the Prime Minister’s Office. Three times he was posted at the Permanent Representation of Denmark to the European Union in Brussels: in 1998 as the Secretary of Embassy, in 2004 as the Counselor, and in 2013 as the Deputy Permanent Representative. In 2015 he was appointed as the Under-Secretary for Resources and Operations at the Ministry of Foreign Affairs. In 2017 he became the Director of Fisheries at the Ministry of Foreign Affairs and later moved to the Ministry of Environment and Food. Awarded the Knight’s Order of the Dannebrog.