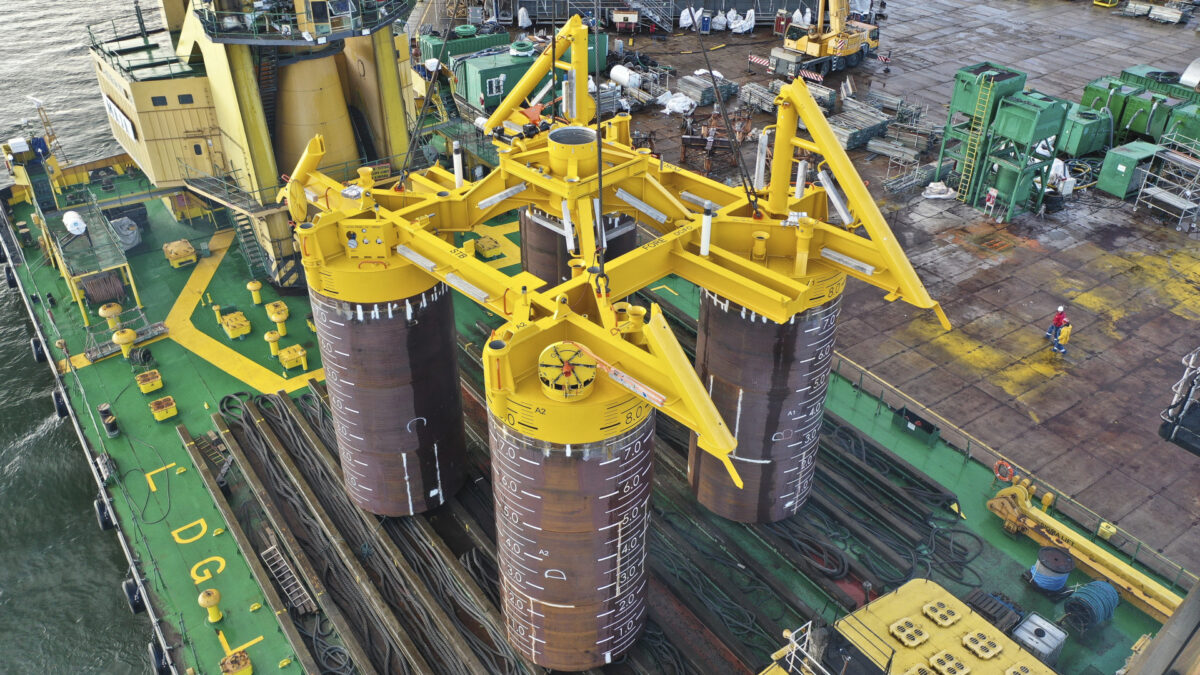 About 2.2 GW of power is currently available in the waters of the Baltic Sea, and according to expert estimates, this could reach as much as 93 GW by 2050. With the increasing use of renewable energy sources (RES), interest in the potential of wind energy in the Baltic Sea is growing. This creates opportunities for Poland, whose investments in offshore wind energy will not only help reduce harmful emissions, but may also boost the development of the RES and offshore wind industry. Poland wants to install at least 11 GW of power by 2040 ( as compared to the total capacity of domestic power plants of over 40 GW).   Its growth will be boosted by the growing involvement of both domestic companies (e.g. Enea, PKN Orlen, PGE Baltica, Polenergia, Tauron) as well as of foreign corporations (e.g. Ørsted, Equinor, RWE or Vattenfall).

However, as many as 125 applications for concessions were received for participation in the second stage of the construction of offshore wind farms in Polish waters of the Baltic Sea. The process of reviewing them will last until the end of 2022, and 11 locations will be allocated. Polish companies in the offshore sector, with many years of experience in implementing projects in both the oil & gas and wind energy sectors, are counting on the largest possible participation in the implementation of these projects, in terms of local content.

Particularly since Polish companies have the right potential and the know-how to participate in offshore wind projects in the Baltic. Their experience has been gained by working with major energy corporations involved in the construction of offshore wind farms. The new contract in this respect was fulfilled by Mostostal Pomorze, which, however, did not disclose the client. The contract included the assembly of 95 sets of boat-landing and rest platform steel structures with a total weight of 1,750 t. These are so-called secondary steel structures, i.e. auxiliary structures which will allow access from the ship to the turbines installed at sea. The process of manufacturing started in May and the first components were delivered to the customer in August.

Meanwhile, another Gdańsk-based company Protea has signed a contract with one of the most important players on the offshore market – Aker Solutions. Under the contract, it will supply 2 cranes for an offshore wind project off the US coast.The scope of delivery includes the complete design of the equipment along with its manufacture, assembly and functional testing.The equipment will operate off the coast of the United States, on an offshore converter platform (OCP), for the transport of relatively small cargoes between ship and platform, as well as emergency transfer of personnel.

In turn, Agencja Rozwoju Przemysłu [Industrial Development Agency] and Grupa Przemysłowa Baltic [Baltic Industrial Group] plan to build a tower factory to meet the needs of offshore wind farms. It is due to be built on the Ostrów Island in Gdańsk and it will be launched in 2024.  The factory is expected to start operating in 2024 and manufacture up to 120 towers per year. The estimated value of the investment is approximately PLN 450 million. In February this year, Aranda, part of ARP[IDA], in agreement with the Grupa Przemysłowa Baltic [Baltic Industrial Group], also part of ARP[IDA], signed a memorandum of cooperation with the Spanish company GRI Renewable Industries, which supplies components for the offshore and onshore industry.

The group also includes Energomontaż-Północ Gdynia, which has signed an agreement with Westinghouse Electric Company for the potential construction of six AP1000 reactors as part of the implementation of the Polish Nuclear Power Programme and future projects using this technology in Central and Eastern Europe. Westinghouse Electric Company is a supplier of products and technology for nuclear power plants. As reported, the company is one of 3 bidders for the first tender for such a project in Poland.

The Gdynia-based company is also a specialist in the construction of offshore transformer stations for offshore wind farms. In agreement with a British partner, ODE intends to participate in one of the offshore wind projects in the southern Baltic. And the project for the transformer station to be built there was developed in cooperation with a group of companies from Poland and Western Europe and includes its design, construction and installation.

At the end of last year, Mostostal Chojnice, part of the Zamet group, signed a contract for the manufacture and delivery of steel structures for a transformer station and auxiliary transport structures, the so-called grillage, for an 800 MW offshore wind farm located off the US coast. The components will be manufactured in Chojnice, and from there they will be transported to Gdańsk and subsequently, delivered by ship to the customer.